Students embraced Xello with enthusiasm as they realized how it can help them shape their own futures.

When El Dorado High School CTE educator, Ashlee Curtis, introduced students to future readiness software Xello, she wasn’t sure if they would be ready to embrace a new tool.

“Change is hard on our young babies. When we throw something at them that they don’t know anything about… it can be rough.”

But the Arkansas school needed a tool to help their 1,300 diverse students plan for their future success. Failure was not an option.

So Curtis and her colleagues forged ahead. They began to devote some of the extended home room periods twice a week to Xello. As students became familiar with the platform, they became more and more excited. It happened right before her eyes in a special education class when one student made a startling discovery as she worked through career explorations based on her interests and skills.

“[The student] said, ‘Y’all, look! It says I could own my own business!’ I can’t remember what kind of business she was excited about, but, in that moment, that student was able to see hope; she was able to see that she could defy the odds,” says Curtis.

It was almost as if Xello knocked down the limitations for some of our students.

“Teachers encourage them all the time. We tell them, ‘You can do anything you’d like to do.’ But how many students actually believe us? When they see a career match for themselves, based on information about themselves that they put into Xello, that’s huge for them. That was our turning point.”

Once word got out that Xello was a tool that could tell you what kind of career you should pursue based on your interests—including how much money you could make—it became a popular topic for hallway conversations. Curtis says she often hears, “Hey, what did Xello say you could be?” as she moves through the school.

“When they started digging in, they looked at the options like, ‘I actually do like stuff like that,’ and ‘I have no idea what that is. Let me look into that.’ And then when you throw the dollar signs in there with [the careers], it becomes a real hot topic.”

Today, instead of groaning that homeroom is coming up, students are racing to finish their Xello lessons. “That’s the cool thing around campus right now: Who can finish their lessons first.”

I’ve noticed that students are even logging into Xello outside of our homeroom classes. When I saw that, I was like, ‘Okay, we got them now. We’ve sold them.’

It’s true. In two months, resistant students have embraced the EdTech that has helped them know themselves better, and prepare them for their future in other ways, too. Junior classes are learning how to build a resume from the information they’ve used to create a personalized profile. Senior students are exploring scholarship opportunities and organizing their transcripts, essays, and test scores using the platform.

“We also use Xello as a communications device with our senior students,” says Curtis, noting that it’s efficient and useful to keep all college and career-related information in one place.

Another benefit of the program is that teachers are getting to know their students better. With 1,300 students to serve, it’s tough to ensure every last one of them is on a path that’s suited for them. “As teachers, we’re able to see their interests in Xello. So, if a student is signed up for art but they can’t get into that class, what is something else they’d be interested in, based on what they’ve created in Xello? We’re able to create a student-led atmosphere,” says Curtis.

Advice for Other Districts

Change is hard for more than just students. Introducing a new EdTech tool can have a learning curve for educators and administrators too. Curtis recommends looking for the solution that will best suit your district’s needs and committing to it despite the challenges you may encounter as you get it up and running.

“Take the leap of faith and don’t give up if it gets hard. When our students weren’t having it, we could have tapped out, but we stepped back and figured out a way to get their interest,” says Curtis.

At El Dorado, that meant trading off classes among teachers who were uniquely suited for each topic. “One thing we’re really good at is collaborating with each other. We try to make sure that no student, just because of whose class they’re in, gets left behind.”

Now that the initial wrinkles have been ironed out and students are excited about using Xello, El Dorado School District is on a high. “Our students are now pursuing the things that interest them. They’re not doing something because somebody else told them to, or to earn a grade. They’re doing something for them, and it’s for the better for their future. They understand that, and it works,” says Curtis.

“That’s the thing we really love about Xello. Everybody’s screen looks different because each student is unique. I feel like the biggest reward that our students get is feeling understood and individualized.” 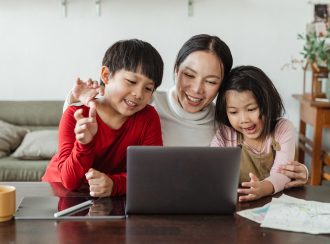 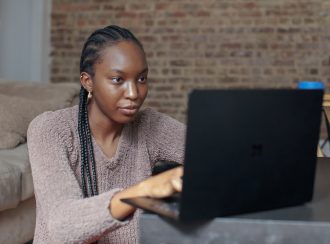 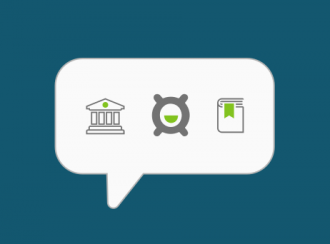