Evaluating Your Budget: Navigating Spending During a Disruption & Advice for the Upcoming School Year 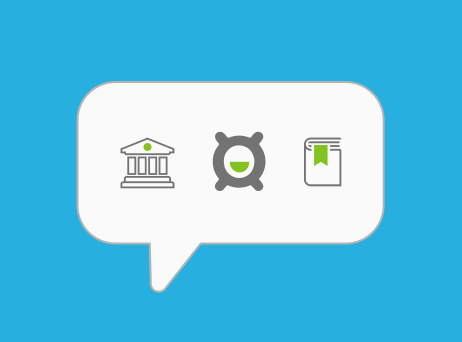 With the school year winding down, school personnel are starting to think about next year.  Although educators hope that the 2020-2021 school year will mean a return to the classroom, the future is uncertain.

Therefore, education personnel from the top down need to be extra focused on how to move forward next year and that starts with evaluating budgets.

In our June 11, 2020 roundtable entitled, ‘Evaluating Your Budget: How to navigate spending during a disruption and advice for the upcoming school-year,’ three panelists evaluated this past year, looked ahead to the next school year and discussed the budgetary impact that COVID-19 has had on spending plans.

Watch Webinar: Evaluating Your Budget: Navigating Spending During a Disruption & Advice for the Upcoming School Year

Here’s a look at the educators who made up the panel:

Suzanne K. Jones, Special Adviser for Learning Services with the Arkansas Department of Education, Division of Elementary and Secondary Education.

Below are the questions and key takeaways from the panelists.

It’s been a time of uncertainty. Can each of you describe what changes this disruption has brought in your districts & states?

These unprecedented times have brought innovation and shined a light on challenges.

Kansas was the first state to implement statewide school closures and quickly developed the Kansas Can learning plan that offered guidance to school districts. Each of the districts was required to present continuous learning plans to the state’s board of education to ensure they were meeting their responsibilities.

“We learned a lot and will do it differently if we have to do it again. Areas of learning included devices and how to supply support to parents and families,” said Smith.

Wreath, who has a different perspective based on his role, also mentioned technology.

“We thought we were well set up to do distance learning and make the transition. However, experience showed us we were not as prepared as we thought,” he said.

A big issue Wreath’s district ran into was the lack of WiFi access. Another challenge was logging on to multiple systems.

The district had been looking to move to a standards-based model, and Wreath believes the recent school year was a good test.

“We realize we need better training for teachers about how to do implement online learning,” he said.

“Many schools are 1-1, so we thought we did a good job of putting tech in the hands of students,” said Jones, “but this brought to light the lack of connectivity and inability to use the devices when students were at home and not on the school network.”

As a work around, Arkansas partnered with the state PBS station. Every weekday from 8a.m.-12p.m., television shows were broadcast that focused on curriculum and learning activities.

Students watched programs in the morning and worked the rest of the day. Unfortunately, students don’t have access if they cut the cable. So, Arkansas partnered with Louisiana to cover up some places where their towers had better signals.

“We developed many partnerships and relationships to try and help the students,” said Jones.

How have your district’s & state’s spending priorities changed over the course of COVID-19?

Public schools in the United States are funded via some combination of federal, state, and local taxes.

Because of the government collecting fewer taxes due to lockdowns and its impact on spending, public schools can expect less funding.

Both Smith and Wreath expect the greater impact on school budgets from the loss in tax revenues will be felt a couple of years down the line.

Smith, however, expects that there will be a cut in funding in the coming school year.

Unlike the 2008 recession, Smith predicts the dip in school funding will not be a long-lasting impact. To deal with the coming funding crunch, “school districts are trying to build up a cushion in their operating budgets,” said Smith.

“Districts will be looking to pinch pennies and prioritize resources,” he added.

For Wreath and his team, the immediate impact on spending was a net positive. Because the district’s budget includes a minimum expenditure (and no more than 10% can be carried over), they expedited spending.

The district brought in 7-8 new labs and brought in new computers. Bringing in new equipment typically happens later, but Wreath said they were able to take advantage of the downtime and the empty spaces to get the equipment in.

The logistics around getting the equipment in proved to be challenging since buildings were empty. However, they were able, to push the envelope on standard practices and utilize the budget and get the equipment to its proper destination.

According to Jones, after the shut-down of schools, Arkansas focused much of its resources towards students without devices & looked for innovative ways to get students connected to online learning.

Another priority was supporting teachers and offering professional development to help educators learn how to teach in a distance learning environment.

What changes are coming up with regards to your state and district’s spending plans for the upcoming school year? How should educators and students prepare for the fall year?

The panel said the key for next year is to be flexible and adaptable. While distance learning was foisted on schools this year and teachers were not trained and could not plan, next year will be different.

“Now we have breathing room and time to plan,” said Jones.

Next year, teachers need to follow and share best practices and shed bad practices. Also, teachers should not hold on to something simply because it worked this past school since next year will be quite different.

“When the technology was first implemented, we were proud to have it,” said Jones.

However, if resources are not in place, distance learning will not work.

Therefore, Jones expects to see investments in supports such as platforms, software, servers, etc. The goal is to do what is necessary, “to make that iPad/Chromebook a feasible learning tool for students.”

Yet, it goes beyond the tools. In Arkansas, according to Jones, the talk is about what needs to be done for the students and how will changes impact each student population.

Wreath said there was a challenge with forecasting virtually and expects investments in relevant technology to be ramped up. Other investments will be made in ‘expendable kits.’

Kits were put together for students to pick up at the school. While at home, students could make a video how they’ve completed the project (that was in the kit) and send it to their teacher to demonstrate knowledge. With some pre-planning, Wreath says more of this can be done.

In Kansas, they plan to use the Inspire portion of Xello more often. Another goal is to build relationships with businesses and industry partners to enable students to apply some of their learning to real-world experiences.

How are your districts & states planning to leverage the funding made available from the CARES Act? Are there other funding sources available for districts/states to consider?

With states aiming to have schools return to face to face instruction, some adjustments will in all likelihood be necessary, which may prove to be costly.

Jones and Wreath noted that there may be a need for additional staff when it comes to transportation and sanitation. Schools will also have to keep a supply of PPE to support in-person instruction.

How will these added expenses be funded?

In Kansas, they’ve elected to apply the funding from the CARES Act to post-secondary institutions since the students and their families were disproportionately affected.

“Compared to them, we have the cushion of the state coffer, and flexibility around title one funding [allowed to carry some forward to next year],” said Smith.

“We have a buffer of a year to prepare for what’s going to hit us,” he added.

In Arkansas, funds from the CARES ACT are being used to support facilities and transportation.

They’re also focusing on figuring out what is needed to create a safe and healthy environment upon return. They’re also applying to the Federal Government for a Rethink K-12 grant.

What are your technology priorities for the next school year? How were these determined? How are you evaluating and vetting the available technologies?

Processes have been impacted due to the hasty and dramatic change this school year. However, maintaining procedures, even altered ones is a priority. It can ensure limited funds are spent wisely.

“Processes have been expedited,” said Wreath.

“A lot of the onus has gone down to the district level and the department level,” he added.

“Our tech priorities focus on making sure all children have access to mobile hotspots and WiFi. A second investment would be creating a single login that grants access to all learning platforms,” added Wreath.

In Kansas, Smith expects the state to consider an investment in broadband. On the local level, there are weekly meetings with superintendents from across the state to understand their concerns, encourage collaboration, and facilitate the process for districts.

As Jones and her colleagues evaluate and vet available technologies, the goal is to find technologies that can serve multiple purposes.

Arkansas began deploying Xello last year as part of its college and career readiness platform for all schools in the state. The program fits into each of the elements of the student’s success plans and supports the state’s family and community engagement program.

“As we look at our tech priorities …, we want things that are more than just a one-shot tech provider,” said Jones.

The goal is to find resources, such as Xello, that fit into the state’s plans and helps them help the students in multiple ways.

According to EdWeek’s Market Brief survey, many K-12 leaders have become more convinced that they’ll spend on SEL in 2020-2021. Is this something that’s true for your state and district as well?

The pandemic and its repercussions have caused stress and anxiety for many. This has highlighted the need for schools to focus even more on SEL.

Both Jones and Smith note that tech like Xello is a part of their plan to support their students’ SEL development.

Wreath added that his district has been an early adopter of Digital Promise which includes a focus on digital citizenship. With the recent hiring of a chief equity officer, his district is determined to ensure “that every child is afforded the same opportunity in all areas of instruction.”

Each of the schools in Wreath’s district has a family and community resource center that is district funded.

“These have had a major impact for those out of work and struggling, said Wreath.

Watch Webinar: Evaluating Your Budget: Navigating Spending During a Disruption & Advice for the Upcoming School Year

Larry is an experienced educator having taught at both the K-12 and post high school level. Outside of the classroom, Larry is a freelance writer whose writing focuses on edtech and general education topics. 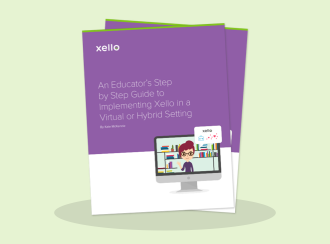 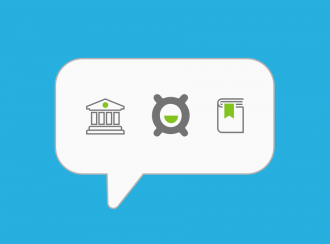 Empower Students to Have Agency in the College Application Process 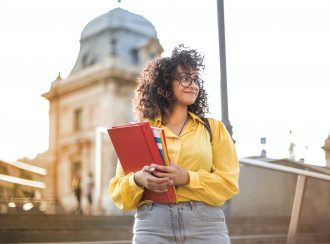 Your Guide to College & Career Readiness During Times of Uncertainty