The students of the Pocahontas School District in Arkansas are levelling up their future readiness education, thanks to a new partnership with Xello.

Career Coach Lindsay Stewart has been working with students in Grades 8-12 to help them integrate new college and career readiness strategies with the software. “I help the lower grades with career exploration. The higher grades are selecting the career they want to pursue or what college they want to go to,” she says.

Before she began introducing Pocahontas students to Xello, she did her homework by familiarizing herself with all of the software’s features. “I enjoyed taking the quizzes, and I felt they were really relevant to students. It offers them so much information.”

“Whenever I got to the part where it gave them the list of the careers and schools that they might be interested in, I mean, it just kept giving them more and more and more information! I felt like if they really had the time to sit down and look at it, that they could learn so much from it.”

According to Stewart, in 2019, the Arkansas Department of Education mandated that all students, starting in 8th grade, must have a student success plan. “Basically, something that can be implemented and updated yearly to monitor their progress as far as what their goals are after graduation and what classes they’re taking to meet those goals,” she says.

“If they’re college bound, are they taking pre-AP and AP classes? If their goal is to be a welder, are they participating in our secondary technical center? Things like that.”

However, organizing the data instantly became a challenge. Pocahontas School District used paper and Google Docs, but “it was kind of just a mess.” Without a template, the process was not streamlined.

This year, they’re using Xello to implement student success plans. Xello created a pathway that demonstrates which elements in the program meet the requirements for plans in Arkansas, making the way forward much easier.

To start, students are given individual logins and begin to fill out their portfolio, which includes a quiz to help determine their learning style and a Matchmaker feature that shows them the careers that are most relevant to them, based on their interests and skills.

“I ask them to go in and choose from their list of careers. One that, if they had to pick today what they wanted to do after graduation, what would they choose? Where would they go? What would they major in? Or, if it’s a career that doesn’t require college, they would write a plan for that,” says Stewart.

“[These kinds of activities] meet the requirements for the actual goal for each student’s success plan. And then I have them go in and work on their course planner to pick their courses for next year and have them situated in there. That shows them if they’re on the right path, if they’re taking the right courses to be able to graduate.”

Currently, Stewart is in the process of setting everyone up on Xello. The next step will be to introduce them to grade-specific lessons that coincide with some of the policy requirements for each student success plan.

An important element of implementing Xello in the Pocahontas School District is the administrative function of tracking student success plans. The software is an efficient way to input student plans and course selections.

I was actually really glad when we adopted Xello because I felt like that was easier than what we were doing. Everything is in one place, and you can write notes under the sections if you need to, which is really helpful.

What Students Think of Xello

Students in Pocahontas were skeptical about a new program at first. They were not impressed with the previous future readiness solution and they were expecting something equally as “bland”. But Stewart says once students start using Xello, it can be difficult to get them off it.

“Sometimes I have a hard time getting them back on task because they are enjoying learning more about the program and the careers it shows them. Once we get everyone set up on it, my plan is to come back around and let them use it to create goals and do lessons. Right now, we’re focused on taking care of the student success plans,” says Stewart.

She’s excited about bringing the program to students at a younger age, so they can start thinking about it before it becomes a rush. “It would be great to get them thinking about [future readiness] sooner and planning throughout high school what classes they want to take, maybe concurrently, so they can get some of those college classes out of the way if that’s the route they want to go.

“If we start it early, it helps them prepare for that, so they have a plan. It’s just easier for them to get through that than having to come up with it at the last minute,” says Stewart.

For now, Stewart and a small team of counselors and career development teachers are taking the lead on implementing Xello. She’s already planning a professional development session for teachers in June, so they can learn how to use it and plan for it in the next school year.

Like all new programs, preparing for and implementing future readiness programs takes time and patience. Stewart says that she anticipated some hiccups along the way and leaned on Xello’s success managers to help her learn every detail.

“It’s important to build a relationship with people from the program.” she says.

My Xello [customer success manager] has been like my lifesaver in this whole process. They implemented our course guide into Xello, but some things were left out or we didn’t think of others. She helped us get back on track easily every time.

Stewart acknowledges that it’s a constantly evolving process, but she’s optimistic that Xello will help students in the Pocahontas School District be future ready in a way that wasn’t possible before. That’s where she’s putting her focus.

“We want nothing more for our students than to be successful. This is one way we’re making sure they are.” 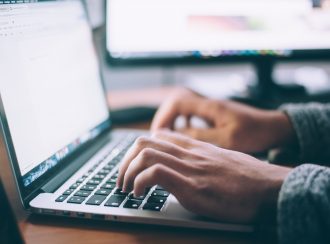 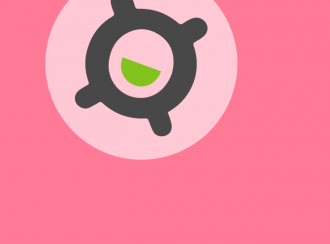 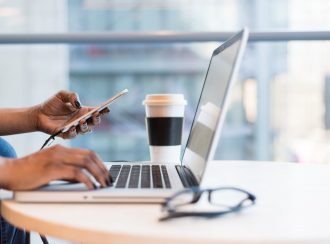